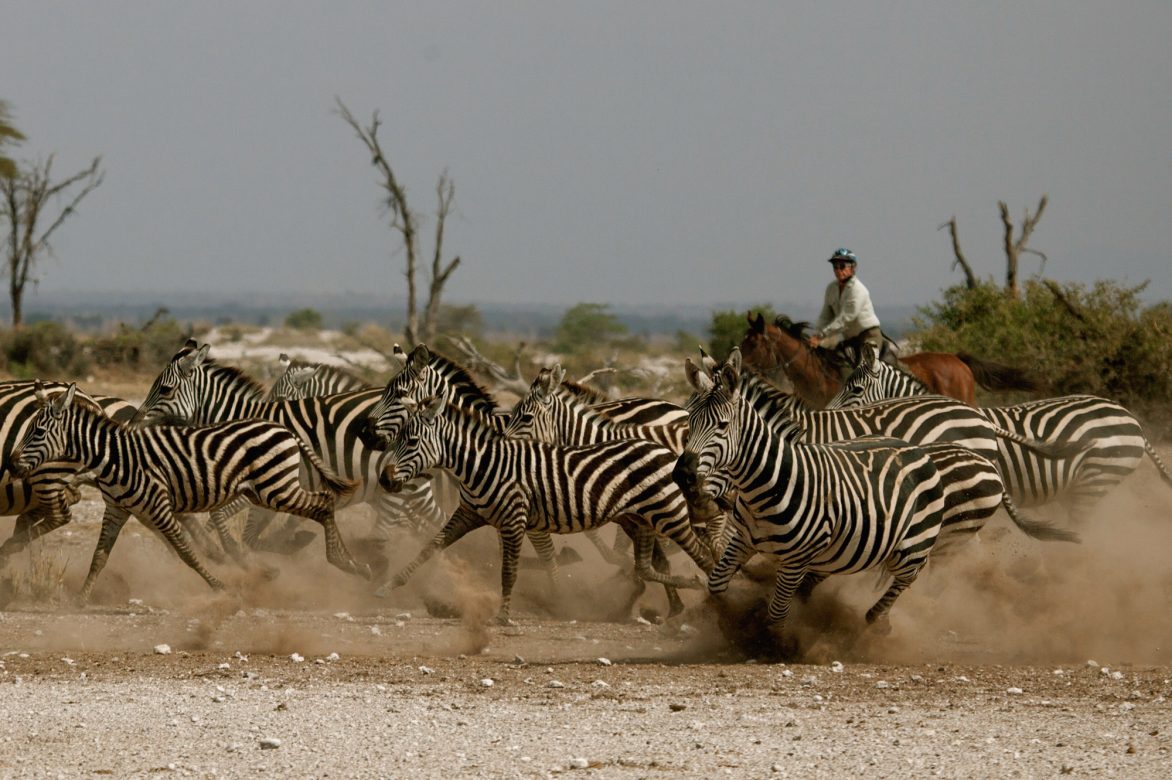 Experience true wild Africa on this Tanzania safari
Previous
Next Ride with exciting wildlife including elephant
Previous
Next You'll have beautiful landscapes and exciting animal encounters
Previous
Next Gallop with giraffe
Previous
Next Ride past lakes filled with flamingos
Previous
Next 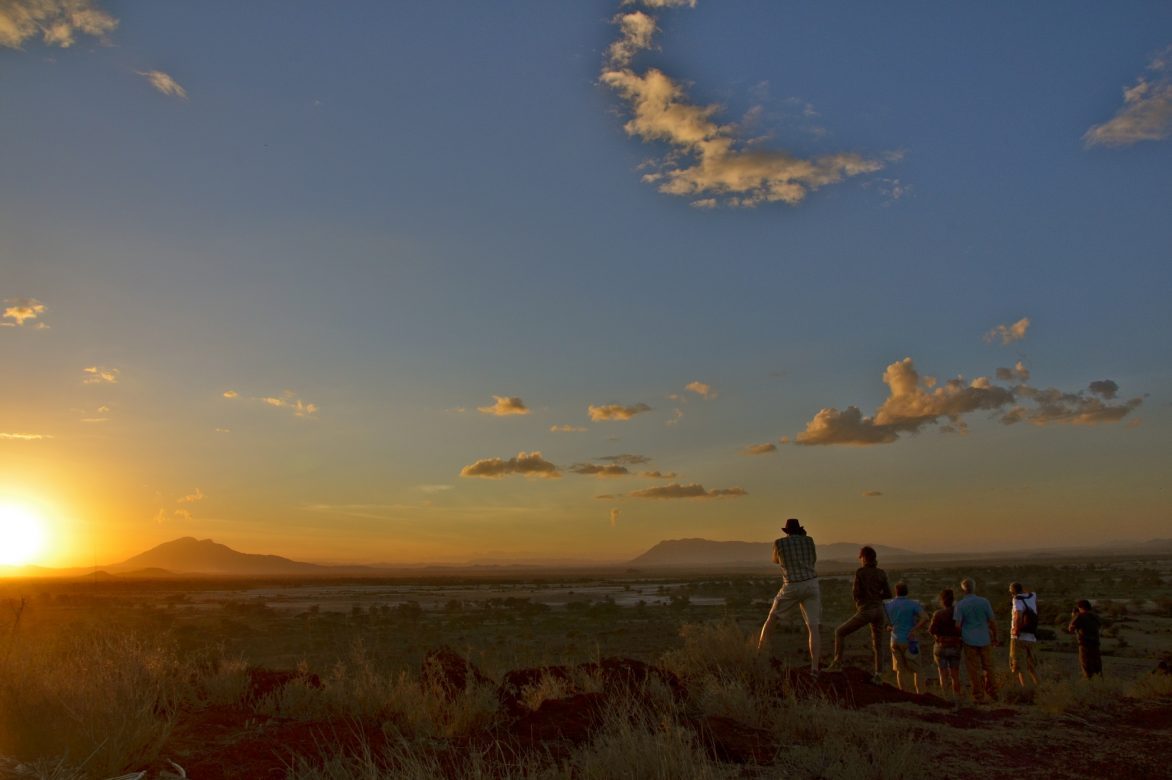 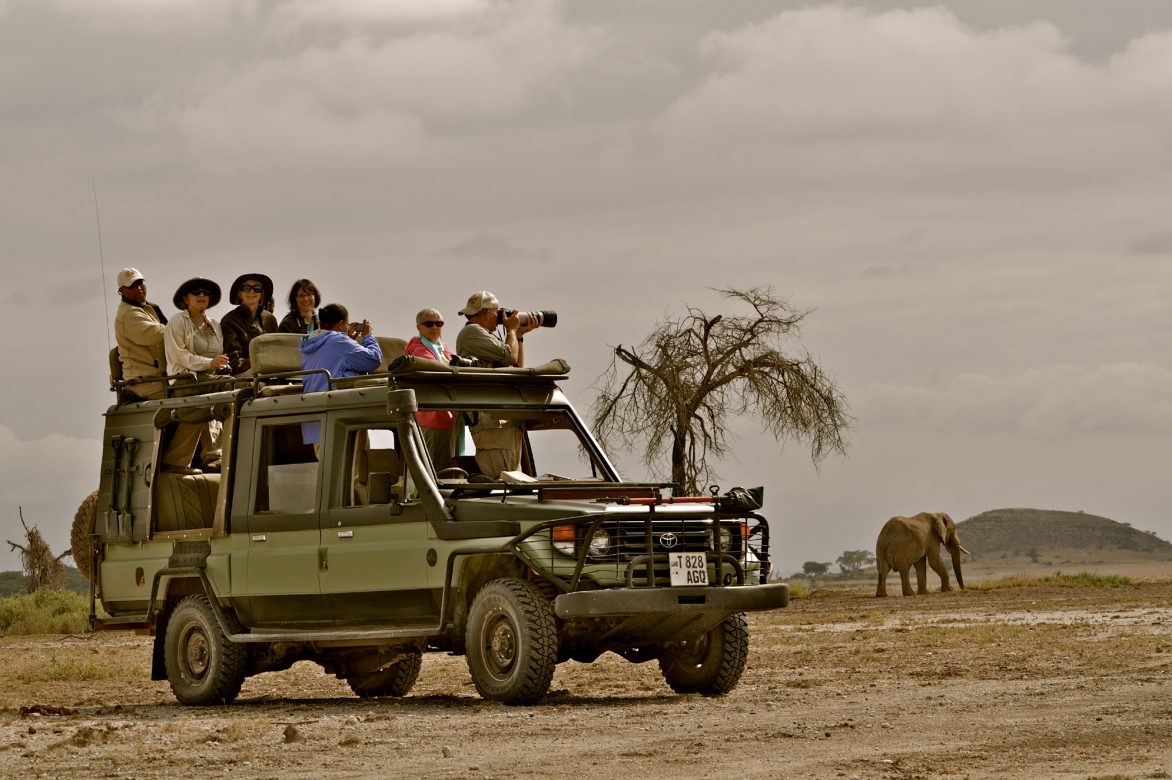 Go on wildlife drives
Previous
Next Camps are comfortable
Previous
Next Take part in relaxing evenings in camp
Previous
Next Look out over the vast country
Previous
Next

This horseback riding vacation in Tanzania ventures into prime elephant habitat, allowing you to and experience the excitement of horseback riding among these magnificent creatures. You have opportunities to view all the exciting wildlife Africa has to offer, and also interact with the local Masai people.

You’ll be off the beaten path, away from crowds and engines, where you can explore Africa in the shadows of the snowy peaks of Mt Kilimanjaro. This is a true and traditional mobile horse safari, where you cover great distances by horseback.

Six nights in fly camp with en suite bush toilets and hot bucket showers. One night at a Polo Club near Arusha.

The food is of high standard, with professionally trained bush chefs. It is good wholesome home cooking.

Arrive at Kilimanjaro International Airport where you will be picked up by your outfitter and driven to thirty minutes to the Polo Club where you’ll spend the night. Here your accommodations are in spacious luxury tents with ensuite plumbed bathrooms, about 150 yards away from the clubhouse with full restaurant and bar. The day ends with dinner when the safari briefing takes place to prepare everyone for the next day’s adventure.

Wake up with tea and coffee, and breakfast is made to order. At around 11am, drive for about twenty minutes to Arusha National Park gate. Here the horses will be waiting, ready to be mounted and ridden into one the most beautiful parks in East Africa. Here the vegetation will change dramatically from bush and open grassland to rain forest. You’ll ride by giraffe, zebra, waterbuck and baboons, and if you’re lucy you might spot elephant and buffalo as well as unusual forest species such as Bushback Suni, Red Duiker, the magnificent Hartlaub’s turaco and so much more.. Lunch is on route, with time for a short siesta. After lunch the ride continues through leopard country and you’ll pass by Margarete Trappe’s former home. This legendary lady known as the Iron Lady from the First World War: “If, as children, we were thrilled by Buffalo Bill we should have been still more spellbound by Mrs. Trappe’s adventures, the fearless woman with her two legendary horses, Comet and Diamond, and her two inseparable Alsatians. Like a phantom she would suddenly appear, like a phantom she would vanish; as intimate with the wild beasts as though they were tame.” There are many tales about this historical figure, whose riding paths the safari will follow through the park forests. In the afternoon you’ll arrive at camp, which is based on the foot of Mt. Meru, in time for shows and sundowners, then dinner under the stars.

This morning you may wake up to the very talkative Colobus monkeys. Breakfast is served and shortly thereafter you’ll mount up set off toward the area where“Hatari,” was filmed, starring John Wayne. Thereafter halfway into the morning ride you’ll start the climb to reach the “Fig Tree Arch,” big enough to fit five horses underneath. The ride continues until you reach the lunch spot, beautifully located in the rain forest next to a waterfall. You’ve reached about 2,000 meters above sea level. After lunch you’ll head back toward camp, passing another waterfall en route. Upon arrival back at camp you will have the option to travel by vehicle to the Momella Lakes, to look for hippos, flamingos and many other and beautiful water birds. Sundowners at the lakes before heading back to camp for showers and dinner.

Wake up with the sun and enjoy a big breakfast before mounting up to ride out of the park. You’ll go eastbound, toward Mount Kilimanjaro and leaving Mount Meru behind. Today’s ride is a long one, through Tanzanian farmland and Masai Steppe, with scenic sights and cultural interactions as you go. You’ll make use of the cooler hours in the morning and try to cover as much ground as possible, before lunch is served under a big acacia, sometimes near a dam where the Masai water their cattle and you your horses. You’ll have a nice break with plenty of time for a siesta before the afternoon ride through wildlife areas, across open plains to reach your night stop before the sun reaches the horizon.

Early wake up with coffee and tea before a bush breakfast is served. The day will be spent tracking the biggest land living mammal, the elephants. The terrain differs from thick scrublands to acacia woodland. Today you will return to camp for lunch and head out for another ride in the afternoon. Before sunset, return to camp to enjoy another night in this remote and remarkable place on earth.

After early wake up and an English breakfast your day’s ride will be in the direction of the Seven Sisters. After you’ve crossed these seven hills, you’ll ride through Sinya Village and continue through lunch served under a shady tree. The terrain varies from open grassland to beautiful canopy forests. The day offers good chances of seeing plains game such as zebra, giraffe and wildebeest, but most elusive is the shy antelope, the gerenuk. The night is spent at the astonishing camp location surrounded by Mt. Meru, Namanga, Longido and Mt. Kilimanjaro.

Wake up with the sun and ride off toward the Kenyan border. This day will be spent tracking the footsteps of the elephants. Hopefully there will be good luck and you will get a chance to see these giants again from the back of a horse. The night will be spent overlooking the pans with its plains game on constant alert for predators. You will surely have extraordinary views of the bright night sky.

The last morning has arisen and the safari has come to its end, enjoy a big breakfast before directions are taken towards civilization, depending on road conditions about 3 hours journey back to Arusha. You will arrive back to the lodge and have a last lunch together. There will be an option for a shower for everyone, however for those who fly out late please let us know if you would like to
book a dayroom.

The itinerary is flexible, and changes may occur at the guide's discretion based on unforeseen circumstances.

A 50% deposit is required for this ride. This safari explores the Ngorongoro Conservation Area of the wider Serengeti Ecosystem. It is an incredible opportunity to indulge in your sense of adventure and get truly off the... Read more The perfect complement to a horseback riding adventure in Tanzania is spending time in the magnificent Serengeti National Park. The park is famous for its annual migration of over... Read more The perfect complement to a horseback riding adventure in Tanzania is spending time on Zanzibar. Explore the old town, then move to the beach and enjoy snorkeling and diving... Read more