Ecuador acquired its name from the equatorial line on which it is located. As the smallest country in the rugged Andean highlands, it is one of the most rewarding travel destinations in South America. The Andes cordillera crosses the country from north to south, formed by two mountain ranges with altitudes over 16,000 feet. Most of the riding takes place between 9,000 and 13,000 feet above sea level so we encourage you to arrive in Quito a day or two early to acclimate. Mainland Ecuador is the same time zone as Eastern USA.

Most of the population speak Spanish – little English is spoken except in some of the haciendas, hotels and larger shops.  Quichua is the Inca language spoken by the majority of the indigenous population.

The Ecuadorian highlands offer a climate with daytime temperatures ranging from 45° to 80°F. Evening temperatures around Cotapaxi Volcano often drop as low as 32°F so riders need to be prepared for cold weather. This temperature change is most marked from June to October. In the rainier season, October through May in most areas, the rain does not fall daily and is hardly ever prolonged. Afternoon showers occur, but by then the day’s ride is usually over. Rain ponchos are provided. Ecuador’s stunning scenery, colorful culture, friendly local people and temperate climate combine to make it one of the most rewarding destinations in South America. The Hacienda to Hacienda Ride follows a stunning route through two distinct areas of the Andean cordillera with the ride taking place between the elevations of 8,000 and 14,000 feet.  In view of Cayambe and Cotopaxi, the ride crosses vast plains and passes through pastoral valleys, following the “Avenue of Volcanoes.”  See the local people... Read more

The horses get an A+ for being nice, solid, nontemperamental mounts that were fantastically physically fit. I didn't see a single horse I would not have willingly ridden and been happy with. The entourage of helpers, both horse helpers and people helpers, were also super. Courtesy and attentiveness were the norm. The guide did a great job of communicating the information we needed without overwhelming us with too much at once. I really liked going from one hacienda to the next, and this allowed us to experience a part of Ecuador that would have been unavailable in regular international type hotels. Overall, it was a great tour, and a wonderful vacation. 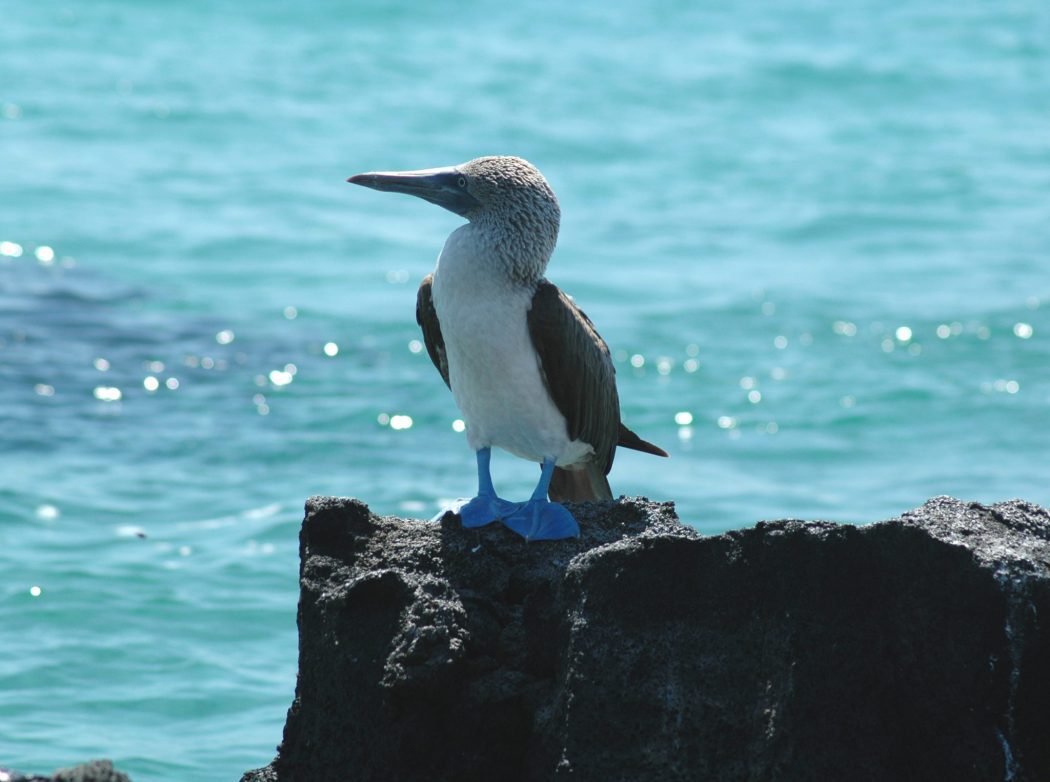 A short trip from mainland Ecuador, the Galapagos Islands are home to a stunning array of wildlife. A key part of Darwin’s journey in developing his theory of evolution, the islands have long fascinated mankind. Equitours is able to organize an extension to visit the Galapagos in conjunction with a riding trip in Ecuador, as we did for a group in January, 2019. Please enjoy the slideshow of photos from their trip. SharePin0... Read more